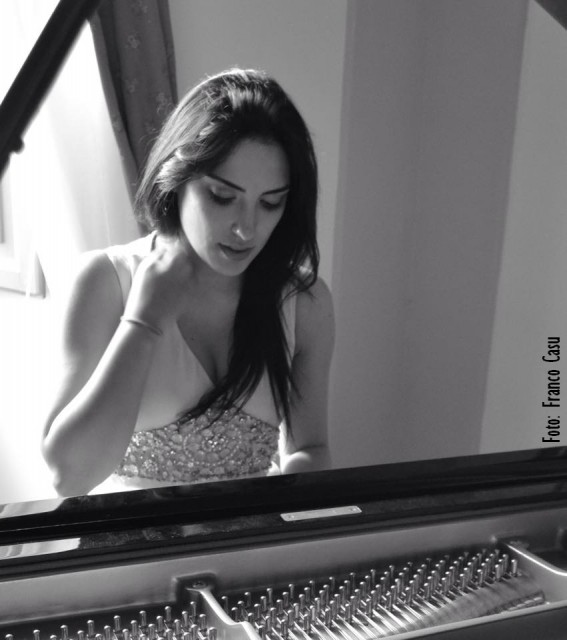 Born in Cagliari (Italy) in 1986, Paola Meloni started very early to show a fervent musical talent that led her to undertake the study of the Piano at the Conservatory of Music in her city in the class of Professor Paola Sanna. At the same time, she was chosen for some solo roles in some of the operas staged at the Teatro Lirico in Cagliari, including Strauss’s Die ägyptische Helena, staged in that edition for the first time in Italy, collaborating with great artists as Joseph Sabattini and under the direction of great conductors, including Gérard Korsten and Rafael Frühbeck de Burgos.

After obtaining her high school degree with honors, she continued and deepened her piano studies obtaining brilliantly in 2009 the Diploma at the Conservatory of Music of Cagliari.

In 2012, she obtained the Master Degree in Piano (Solo career) with honors at the Conservatory of Music of Cagliari under the guide of Professor Maurizio Moretti.

In 2014, she obtained the Diplome Cycle Superior at the Schola Cantorum of Paris. Paola Meloni has been honored in several national and international competitions: in2011, she won the first prize at the International Competition ” S. Rachmaninoff ” (Città di San Sperate).

She also recently made her solo debut at the prestigious Kammermusiksaal im Steingraeber Haus in Baireuth for the famous Piano Time concert season.