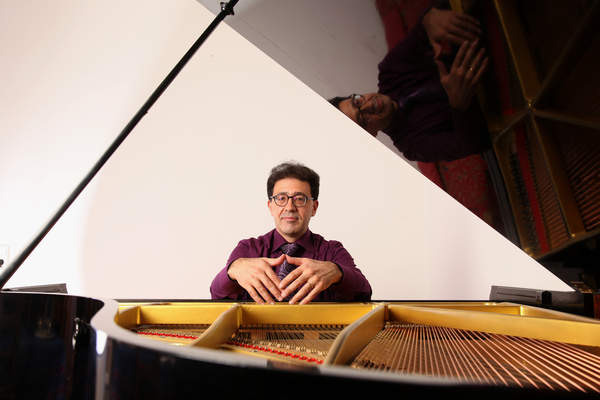 Luigi MANTA, pianist and piano teacher, was born in Basel, Switzerland. After moving to Italy with his family, he began studying piano at the “Tito Schipa” Conservatory in Lecce with Maestro Antonio Serrano, where he graduated with “summa cum laude”. He then enrolled at the “Scuola di musica antica” in Venice to deepen the performance practice of music from the Renaissance and Baroque periods (especially the music of Johann Sebastian Bach) with a harpsichord and chamber music course with Maestro Edward Smith (former student of Ralph Kirkpatrick). Afterwards intensive examination of the piano with summer masterclasses in Riccione at the academy « Incontri col maestro ». Further important encounters with the pianist Paul Badura-Skoda in Vienna and with the pianist and piano teacher Ana Pitis in Bucharest. In May 2000 he settled in Vienna. His intensive concert activities as a pianist and conductor have brought him to various countries, including Austria, Italy, Switzerland, Romania, Germany. In addition to the traditional classical-romantic repertoire, he devotes himself very intensively to the performance of modern-contemporary piano music with numerous world premieres of works by living composers. Between 2009 and 2020 he taught as a piano teacher at the Prayner Conservatory in Vienna. During this time he was also the originator of the event “Quid novi?”, An evening with works by living composers, which from 2015 took place once a year at the Prayner Conservatory. As a conductor, the performances of the comic operas “La Dirindina” by Domenico Scarlatti and “La Serva Padrona” by Giovanni Battista Pergolesi at the “L.E.O.Theater ”in Vienna, and the Christmas Oratorio by Camille Saint-Saens in Germany. In 2003 he worked as an assistant to the world-famous Clemencic Consort in the context of the performance of the pastoral festival « Il Nascimento dell’Aurora » by Tommaso Albinoni under the direction of René Clemencic. Since 2020 online collaboration with « First Education » in Hong Kong as a piano lecturer and juror in master classes and music competitions. The complete performance of all 72 piano sonatas by Muzio Clementi, which took place in the “Gesellschaft für Musiktheater” in Vienna, needs to be added.