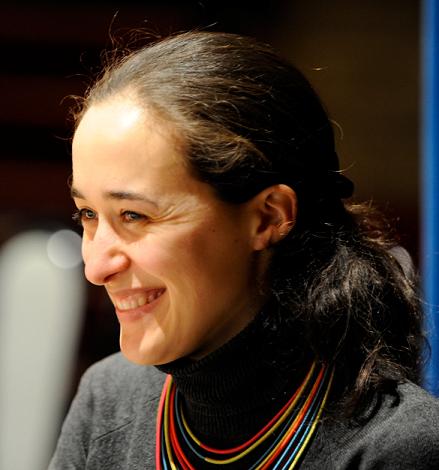 Graduate of the Conservatoire National Supérieur de Musique de Lyon, Caroline studied piano with F. Boffard and S. Eganian, before adding a double major in accompaniment to her degree. She was unaminously admitted into the accompaniment class of M. Tranchant and D. Selig in September 2009. She was also active chamber musician throughout this period and her teachers were E. Strosser, Fr. Krawczyk and R. Kitahama.

She studies regularly with pianist Colette Zerah and has participated in masterclasses through the Paris Piano Program (salle Cortot) and the Festival International des Jeunes Etoiles.

In 2010 and 2011, she was chosen as a vocal accompanist with the pianist Ruben Lifschitz for the Royaumont foundation masterclasses. She was also selected, by audition, to attend the international lied masterclasses in Bruxelles for the 2010 – 2011 season. At this occasion, she was advised by pianists Hartmut Höll, Julius Drake, Maciej Pikulski, Konrad Richter, and worked with the singers Udo Reinemann, Peter Schreier, Mitsuko Shirai and Urszula Kryger. She was invited by Les saisons de la voix to Jeff Cohen’s masterclasses, and studied french opera and song with the French baritone François Leroux.

She has participated in new creations by composer Régis Campo with artists from the orchestra of the Opéra de Paris and was asked to play with pianists Alexandre Tharaud, Emmanuel Strosser and Racha Arodaky in a production at the opéra de Rouen in 2010 and in Grenoble in 2012.

A highly motivated pedagogue, she has taught since 2006. She is currently a substitute teacher at the Conservatoire CRD d’Orsay (91) with a 16h per week post. She is responsible for the accompaniment class, as well as a piano class and some hours in chamber music tuition. She has also been recruted by ProQuartet to give a chamber music masterclass for amateurs, to take place at the CNSMD in Lyon in december 2012.

She is presently student of the two year course at the CNSMD in Lyon to have her Aptitude Certificate in teaching (Formation Diplômante au Certificat d’Aptitude).