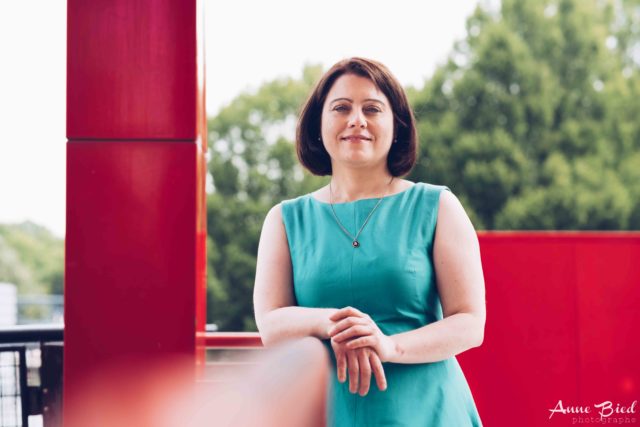 Emmanuelle Moriat began her musical studies at the age of four.
She holds an advanced degree in piano performance from the Royal
Conservatory in Brussels where she studied with Jean-Claude Vanden
Eynden and Claudine Orloff, as well as a degree in vocal coaching and
accompaniment from the Paris Conservatory (CNSMDP) where she
studied with Serge Zapolsky. She also holds the prestigious Certificate of
Aptitude (CA) required of teachers in French Conservatories. Moriat has
been recognized in national and international piano competitions and
has further developed her skills in master classes with Anne Queffélec,
Paul Badura-Skoda, Pavel Gililov, Jean-Claude Pennetier, Akiko Ebi,
François-René Duchable, and Christian Ivaldi.
Emmanuelle Moriat performs regularly at festivals as a soloist and
chamber musician and has played under the direction of François
Boulanger, Jean-Sébastien Béreau, Pierre Roullier (Ensemble 2e2m), and
Claude Kesmaeker. She enjoys innovative interdisciplinary opportunities
that enable her to expand her repertoire and has collaborated with
Mireille Larroche’s workshops on Opera Production at the École Normale
de Musique de Paris, as well as several productions for the Théâtre de
Châtelet and the choir of Radio France. E.Moriat has also worked with
the painter and sculptor Isabelle L. Simon to produce concert-exhibitions
at the French Finance Ministry (Musica Terra 2 in 2010, Chemin faisant in
2011, Andale in 2013). She was the musical director and consultant for
Mezzo television’s production of the ballet Pinocchio by Enrico Melozzi.
E.Moriat currently teaches accompaniment and chamber music at the
Regional Conservatoire of Reims.