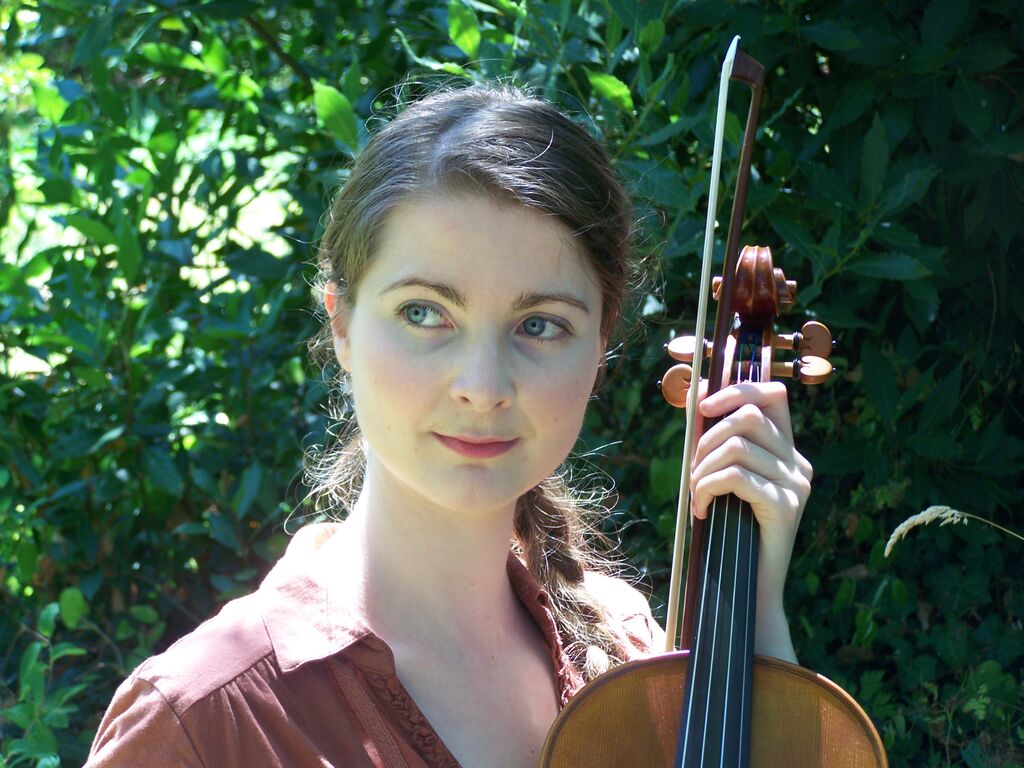 Orane Murail-Zimmermann teaches at the CRD* of Bobigny and in many Parisian and regional music conservatories. She founded the trio Artefacts in 2016, as a violist, singer and songwriter. After a bachelor’s degree in musicology at the Sorbonne (Paris IV), she graduated from the Conservatoire of Paris (certificate of aptitude, master’s degree in pedagogy) and from the Conservatoire of Lyon (CNSMDL), where she is currently completing her PhD degree. She studied in Germany with Barbara Westphal and in the Netherlands with Michaïl Zemtsov. She also discovered baroque music with the violinist Simon Heyerick and at the Festival de Saintes, in which she participated on numerous occasions. She is laureate of several competitions (Bellan, Mécénat Société Générale…).
She performed many concerts, as a soloist as well as in chamber music formations, but she is also interested in less conventional forms of music such as traditional French popular songs or Turkish Music, and whenever she can, she loves improvising with her instrument, which has led her to play with jazz bands on several occasions, including the Trio Artefacts (see the trio’s website: https://oranemurail.wixsite.com/trioartefacts).
But O. Murail is above all thankful for having had the chance to study with experienced and talented musicians such as Lise Berthaud, a young and brilliant French soloist, Paul Coletti and Françoise Gnéri.
This has indeed encouraged her to get involved in various pedagogical projects, and she took part in them because she is convinced of the importance for a musician to pass on his or her passion for music to the younger generations. Very involved in research, she has also published musicology articles, participated in symposiums and co-organized a Study Day on Folk and Counterculture.
*Conservatoire à rayonnement départemental (Conservatory with departmental influence)