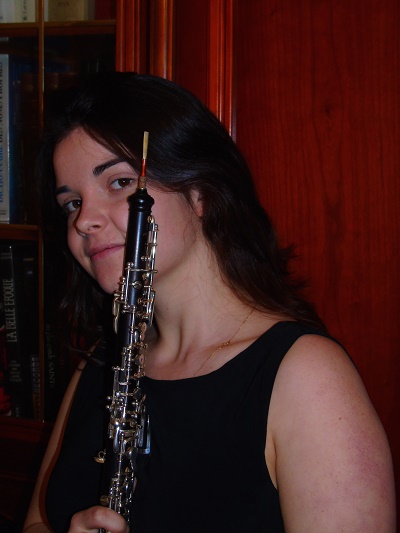 After a DEM with Emmanuel Massot, she passed Rueil-Malmaison conservatory competition, allowing her to study oboe with Daniel Arrignon. Successively, she obtains a DEM and a Prix d’Excellence before to begin a Prix de Virtuosité.
At the same time, she takes English Horn classes with Nicky Hautefeuille and Oboe d’Amore classes with Daniel Arrignon.
Sarah Langlais is passionate about the history of music which led her to start a musicology bachelor at Paris-Sorbonne University.
In 2012, during an academy she plays with Alain Hervé under the direction of Jean-Pierre Wallez. Next year, she won the Excellence competition of the Musical confederation of France.
From that time, she was first oboe in several orchestras. Currently she is first oboe at the Philharmonie of Dijon…