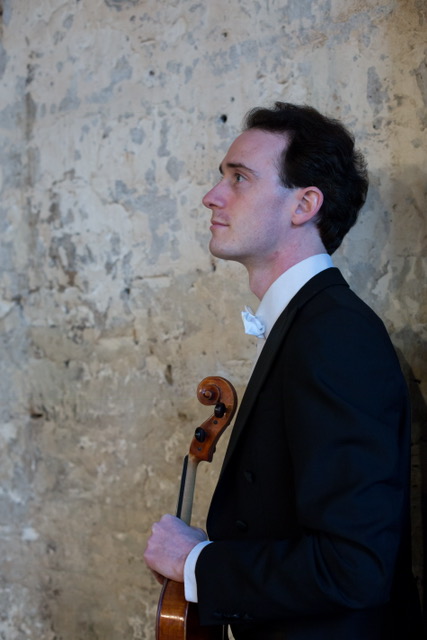 After fifteen years studying violin, Mathieu Lamouroux turned to viola. After obtaining a first prize unanimously in the class of Françoise Gnéri Conservatory of Rueil-Malmaison and a prize for improvement at the Conservatoire de Paris in the class of Louis Fima, he joined the Haute Ecole de Musique from Lausanne Site of Sion in the class of Tasso Adamopoulos where he obtained a Bachelor of Arts in 2013. Subsequently, he did a master’s degree at the Staatliche Hochschule für Musik und Darstellende Kunst in Stuttgart in the class of Andra Darzins. He also receives advice from Hartmut Rohde, Bruno Pasquier, Jutta Puchhammer, Paul Pèsthy, Gunter Teuffel and Christophe Schiller. He also began to practice baroque viola with Christine Busch and Jörg Halubek.

In parallel with his studies, Mathieu Lamouroux very soon turned to chamber music, especially with the piano trio “Zerlin”, of which he was a founding member from 2002 to 2008. It is with this formation that he joined the class of Christophe Giovaninetti (violinist of the Elysée quartet). He subsequently took part in masterclasses with Isabelle Flory and Nicolas Risler (quartet Arpeggione), Dorian Lamotte (Debussy quartet), Stephan Fehlandt (Vogler quartet) and Eberhard Feltz. He was a founding member of the Camerata Millesources under the direction of Marianne Piketty and a member of the Camerata de Lausanne under the direction of Pierre Amoyal for the 2012-2013 season. He is also a founding member of the Duo Gallis with cellist Bertille Arrué.

Particularly attracted by the symphonic universe, Mathieu Lamouroux followed a professional training in the Ostinato orchestra-workshop and was a member of the Donna Musica Orchestra under the direction of Eric Darrigrand. He has also been a trainee at the Stuttgarter Philharmoniker and additional musician at the Stuttgarter Kammerorchester for the 2014-2015 season and now plays in the Stuttgart baroque orchestra Il Gusto Barocco.

Mathieu Lamouroux plays a viola of the Tyrolean luthier Sebastian Zens made for him in 2014 on a Maggini model.