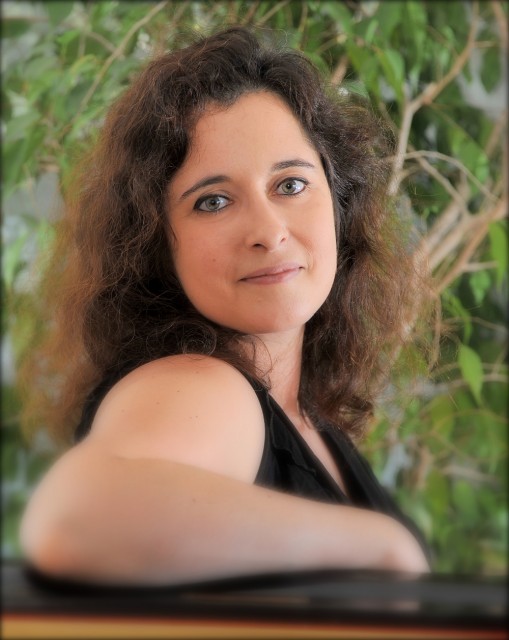 Graduate of the “C.R.R de Paris” in Olivier Gardon and Emmanuel Mercier’s piano class, Christelle Abinasr joined the “C.N.S.M de Paris” to study the piano in Henri Barda and Isabelle Dubuis’s class, and subsequently attended Pierre-Laurent Aimard and Jean-Guihen Queyras’s class in chamber music at the advanced level, where she was awarded
her prizes in 1999 and 2000.

Attracted to the melody and the lied’s repertoire , she continued her training at the “C.N.S.M de Paris” in Anne Grappotte’s class of vocal accompaniment, where she was awarded her prize in 2002.

In 2009, she recorded Cesar Frank and Guillaume Lekeu’s sonatas for piano and violin with Alexandre Amedro.
In 2011, the composer Florent Gauthier wrote his ‘Fantaisie ornithologique’ for piccolo and piano, dedicated to Jean-Louis Beaumadier and Christelle Abinasr who performed it for the first time in Paris that same year.
In 2012, Christelle Abinasr performed Florent Gauthier ‘s first book of sheet music for the piano “Les caractères op.25″ (this work was dedicated to Didier Castell- Jacomin and Christelle Abinasr), who dedicates her a new work for piano in 2015 ” Pleurs de Lune”.
Her musical curiosity also brings her to realize transcriptions of works which she likes. Enthusiast of education and accompaniment, Christelle Abinasr is a holder of pianist accompanist’s post in «C.R.R de Marseille» since 2005 and gives lessons of preparation for the scene, since 2015.