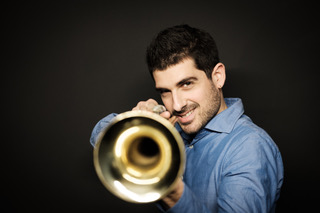 Originally from the South of France, Pierre Favennec continued his studies in Paris in order to obtain a Master’s Degree in Performance at the Conservatoire National Supérieur de Musique de Paris in 2015.
A Free-lance musician, he also performed with prestigious orchestras such as the Orchestre Philharmonique de Radio France, the Orchestre de Paris, the Opéra de Toulon and the Secession Orchestra.

Alongside his career as an orchestral musician, Pierre is a founding member of the trumpet quintet «Tromba Camerata» with which he has been performing since 2016.
His position as a trumpet teacher, at the Bourg la Reine CRD since 2016, allows him to transmit his passion to the younger generations through numerous projects.